A first in the U.S., the National Offshore Wind Agreement sets industry on a course to build an equitable offshore workforce with family-sustaining careers 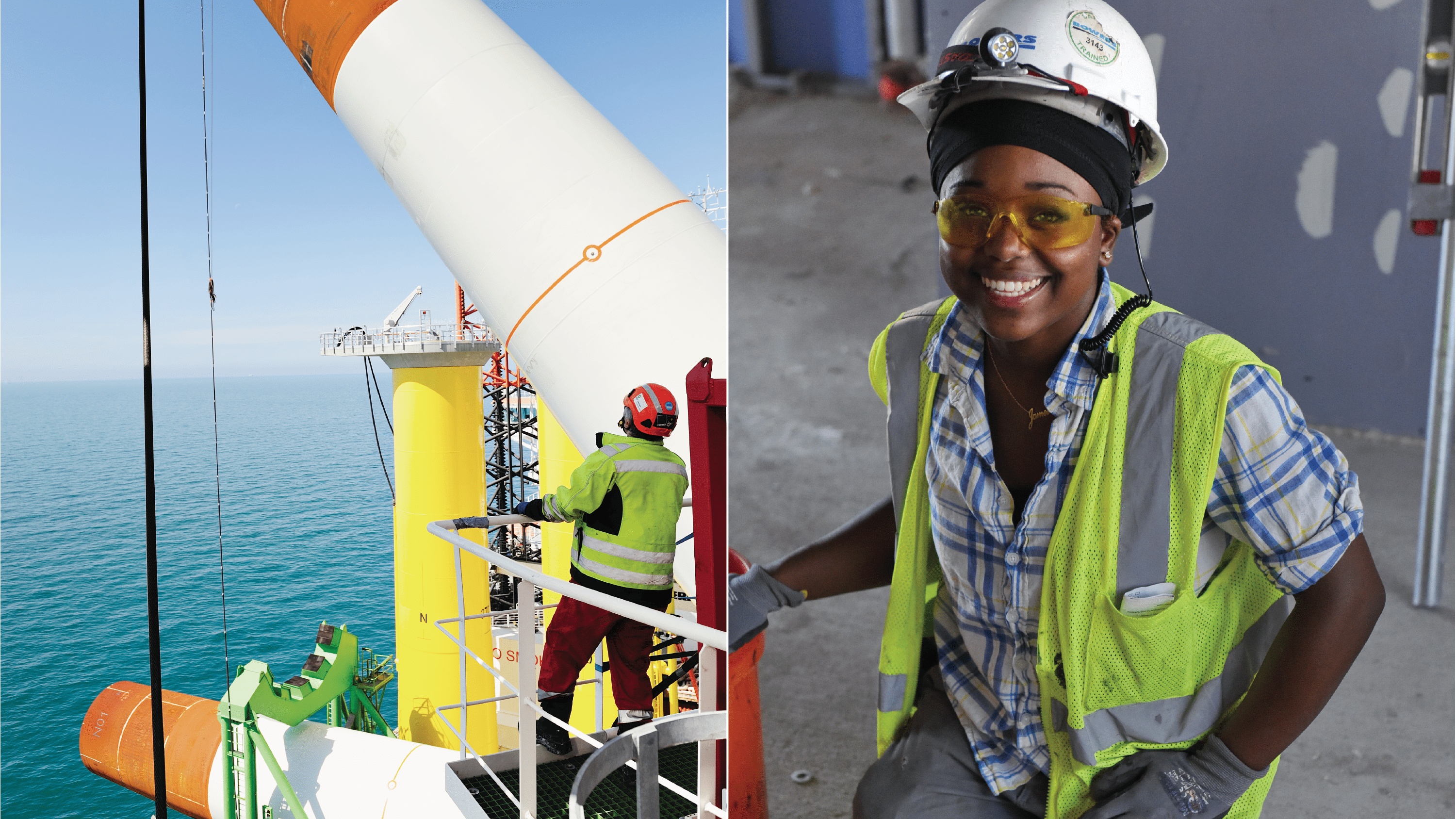 WASHINGTON, D.C. – Today, North America’s Building Trades Unions (NABTU) and Ørsted, the U.S. leader in offshore wind energy, announced a Project Labor Agreement (PLA) to construct the company’s U.S. offshore wind farms with an American union workforce. A first-of-its-kind in the United States, the National Offshore Wind Agreement (NOWA) sets the bar for working conditions and equity, injects hundreds of millions of dollars in middle-class wages into the American economy, creates apprenticeship and career opportunities for communities most impacted by environmental injustice, and ensures projects will be built with the safest and best-trained workers in America. Authorized by 15 International Union Presidents and their local affiliates, the NOWA covers all of Ørsted’s contractors and subcontractors that will perform offshore windfarm construction from Maine down to Florida.

“The signing of this unprecedented agreement is historic for America’s workers and our energy future. NABTU’s highly trained men and women professionals have the best craft skills in the world. This partnership will not only expand tens of thousands of career opportunities for them to flourish in the energy transition but also lift up even more people into the middle-class,” said Sean McGarvey, President of NABTU. “The constant drumbeat of public support for unions being important to maintain and build the middle class helped secure this momentous achievement. We commend Ørsted, AFL-CIO President Shuler, the Biden Administration and many Congressional leaders for their help and support to make today’s signing a reality and for setting forth a new framework for middle-class job creation in all energy sectors.”

“This is what it looks like to put the words ‘high-road labor standards’ into action,” said AFL-CIO President Liz Shuler. “The partnership between Ørsted and NABTU is monumental, for the thousands of workers who will have great jobs, and for the example it sets for the U.S. offshore wind industry. The project labor agreement signed today is proof that labor and employers working together can create an equitable clean energy transition with opportunity for everyone. When we make good on our values – workers’ rights, gender and racial justice, economic equality, and safe and healthy workplaces – then we all win. This PLA meets that test and sets the bar high for working people and the planet. Clean energy jobs can and will be good-paying, family-sustaining union jobs.”

With diversity targets, local training programs, and workforce diversity performance monitoring, the NOWA is designed to foster a diverse, equitable, and inclusive workforce, while expanding opportunities in offshore wind to frontline communities. It establishes project-by-project Workforce Equity Committees to prioritize recruiting and retaining people of color, women, gender nonconforming people and local environmental justice communities. Ørsted and the unions are committed to working with NABTU-affiliated pre-apprenticeship programs and Registered Apprenticeship programs that already recruit directly from nonprofit programs to train and support communities of color, women and other priority groups, and the NOWA will build on this precedent.

About Ørsted Offshore North America
The Ørsted vision is a world that runs entirely on green energy. Four years in a row, Ørsted earned recognition as the world’s most sustainable energy company by Corporate Knights, including for 2022. The company is a global clean energy leader and has the largest portfolio of offshore wind energy in the world. In the United States, Ørsted operates the Block Island Wind Farm, America’s first offshore wind farm, and constructed the two-turbine Coastal Virginia Offshore Wind pilot project – the first turbines to be installed in federal waters. Ørsted has approximately 5,000 megawatts of offshore wind energy in development in five states and across seven projects. Ørsted Offshore’s North American business is jointly headquartered in Boston, Massachusetts and Providence, Rhode Island and employs approximately 250 people. To learn more visit us.orsted.com or follow us on Facebook, Instagram and Twitter (@OrstedUS).

About NABTU
North America’s Building Trades Unions is an alliance of 14 national and international unions in the building and construction industry that collectively represent over 3 million skilled craft professionals in the United States and Canada. Each year, our unions and signatory contractor partners invest almost $2 billion in private-sector money to fund and operate over 1,900 apprenticeship training and education facilities across North America that produce the safest, most highly trained, and productive skilled craft workers found anywhere in the world. NABTU is dedicated to creating economic security and employment opportunities for its construction workers by safeguarding wage and benefits standards, promoting responsible private capital investments, investing in renowned apprenticeship and training, and creating more construction career pathways to the middle class for women, communities of color, indigenous people, veterans, and the justice-involved. For more information, please visit nabtu.org.