We want to ensure our impact on habitats, fishermen and other ocean users is minimized during the construction and operation of our offshore wind farms.

Working with Holderness Fishing Industry Group, we have conducted studies to investigate the effects of fishing in a wind farm by examining the ecological effects on shellfish at Ørsted’s Westermost Rough Offshore Wind Farm in the UK.

Here, you will discover the research findings and explore how fisheries and wind farms co-exist and help us make further improvements to the way we work. We also explain how we’re building sustainable relationships with fishermen and other ocean users. 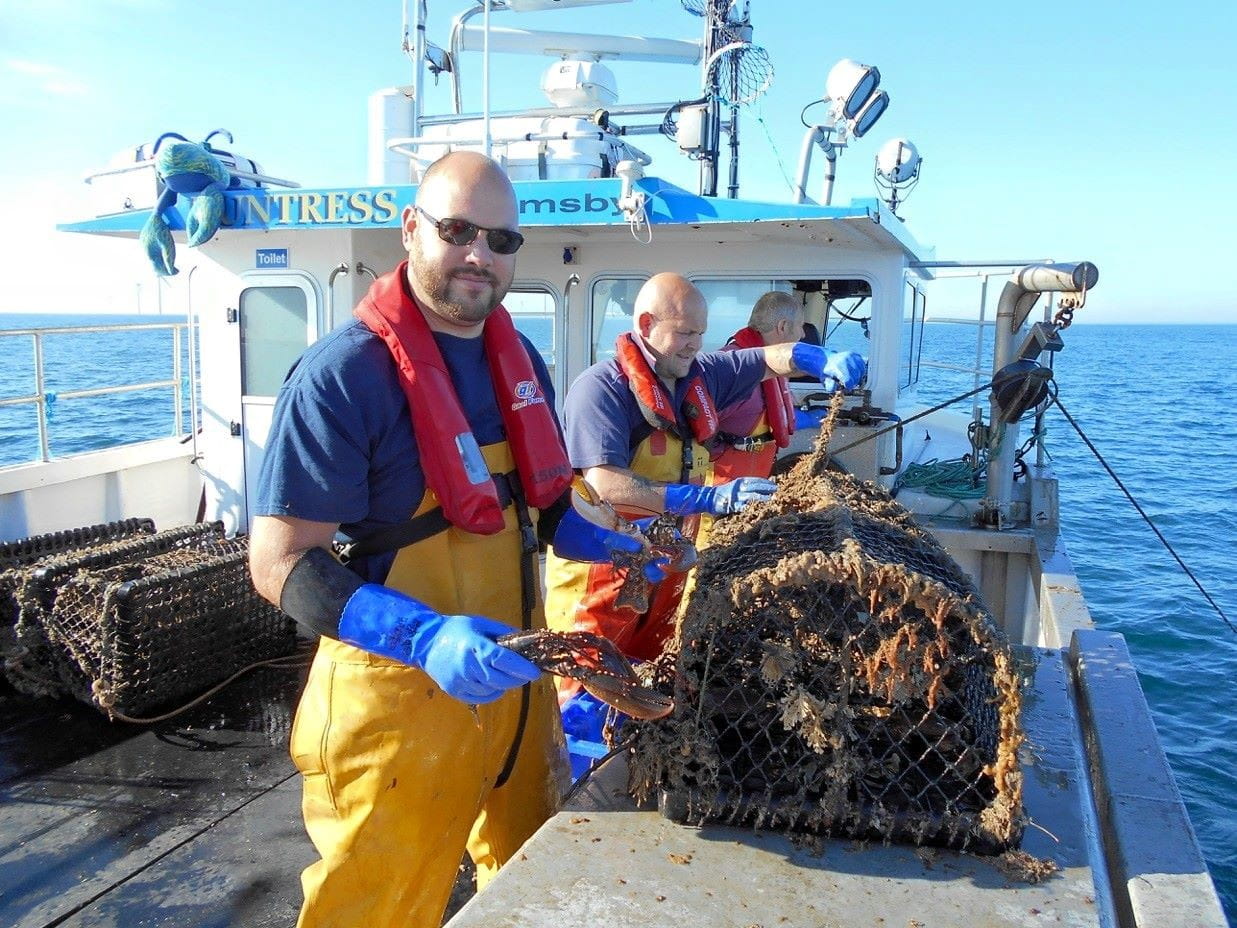 Westermost Rough Offshore Wind Farm is sited within one of the most productive lobster fishing grounds in Europe and is located 8km off the Holderness coastline in Yorkshire. Opening in 2015, the offshore wind farm comprises of 35 6MW wind turbines and produces enough electricity to power 180,000 UK homes annually. Ørsted owns several offshore wind farms in the Northeast of England, including Hornsea One which is currently the largest offshore wind farm in the world.

In planning Westermost Rough Offshore Wind Farm, local fishermen expressed concerns that construction could have a harmful effect upon local lobster and crab stocks and therefore affect their future livelihoods. The Environmental Impact Assessment predicted only minor impacts however, in spite of this we worked with Holderness Fishing Industry Group to develop and implement a bespoke and comprehensive study with the aim of addressing any residual concerns of offshore wind farms and fishing.

How can fisheries and wind farms co-exist?

The majority of fishermen active in and around the wind farm are members of Holderness Fishing Industry Group (HFIG). Founded in 2011 by East Yorkshire fishermen, HFIG aims to protect and promote the local crab and lobster fishery advocate for their members and to facilitate co-operation and coexistence with other marine sectors. Having HFIG to represent the voice of a unified group of fishermen has proved to be invaluable for both industries. We are committed to working with HFIG and the fishermen they represent to better understand how the two industries can work together and improve coexistence.

In 2013, Ørsted collaborated with HFIG with support from the University of Hull and independent scientists to design a long-term study examining shellfish size structure and catch rates (catch per unit effort) before, during and after the construction of the Westermost Rough Offshore Wind Farm.

To carry out the research, HFIG’s dedicated survey vessel, the R.V. Huntress, was deployed. The vessel is a unique venture, owned and operated by HFIG and crewed by a mix of industry employed professional scientists and experienced fishermen.

The data collected has demonstrated that local fishermen can continue to thrive alongside the Westermost Rough. The wind farm study was the first of its kind to be conducted anywhere in the world and is proving to be of significant value in easing fishermen’s concerns about fishing in a wind farm and offshore wind development.

One aspect of this work was published in the ICES Journal of Marine Science and presented major international conference on lobster fisheries in Maine, USA and the ICES Annual Science Conference in Riga, Latvia. The article discusses the potentially beneficial implications that temporary closures may have for the long-term management of shellfish stocks. It has brought international attention to the work and its results, with particular interest being generated as a result of the positive collaboration between HFIG and Ørsted.

Six years after the start of the study, HFIG published the survey findings. The results indicate that there are no observable differences in the size distribution, increased catch rates of lobsters and consistent economic return for fishers with no observable effects of concern on the edible crab population.

Watch the video: Fishing in a wind farm

This film is a summary of this study and a success case of our collaboration with local fisheries.

We have been working with HFIG to establish the Yorkshire Marine Research Centre, a state-of-the-art community laboratory and research hatchery based in Bridlington on the east coast of the UK. The Centre will allow scientists to conduct vital research on fishing grounds in the North Sea.

The Yorkshire Marine Research Centre’s build was implemented by HFIG and funded by Ørsted and the European Maritime and Fisheries Fund, distributed by the Holderness Fisheries Local Action Group (FLAG). The project aims to undertake research on ecology, marine science and fishery biology. Studies conducted at the facility – many of which have been suggested by fishermen who are members of HFIG – will be part-funded by Ørsted and will seek to better understand the marine habitats of native species and the interaction between offshore wind on the fishing industry. Upon completion of the various studies, healthy juvenile shellfish will be released back into the sea, acting as a form of stock enhancement. 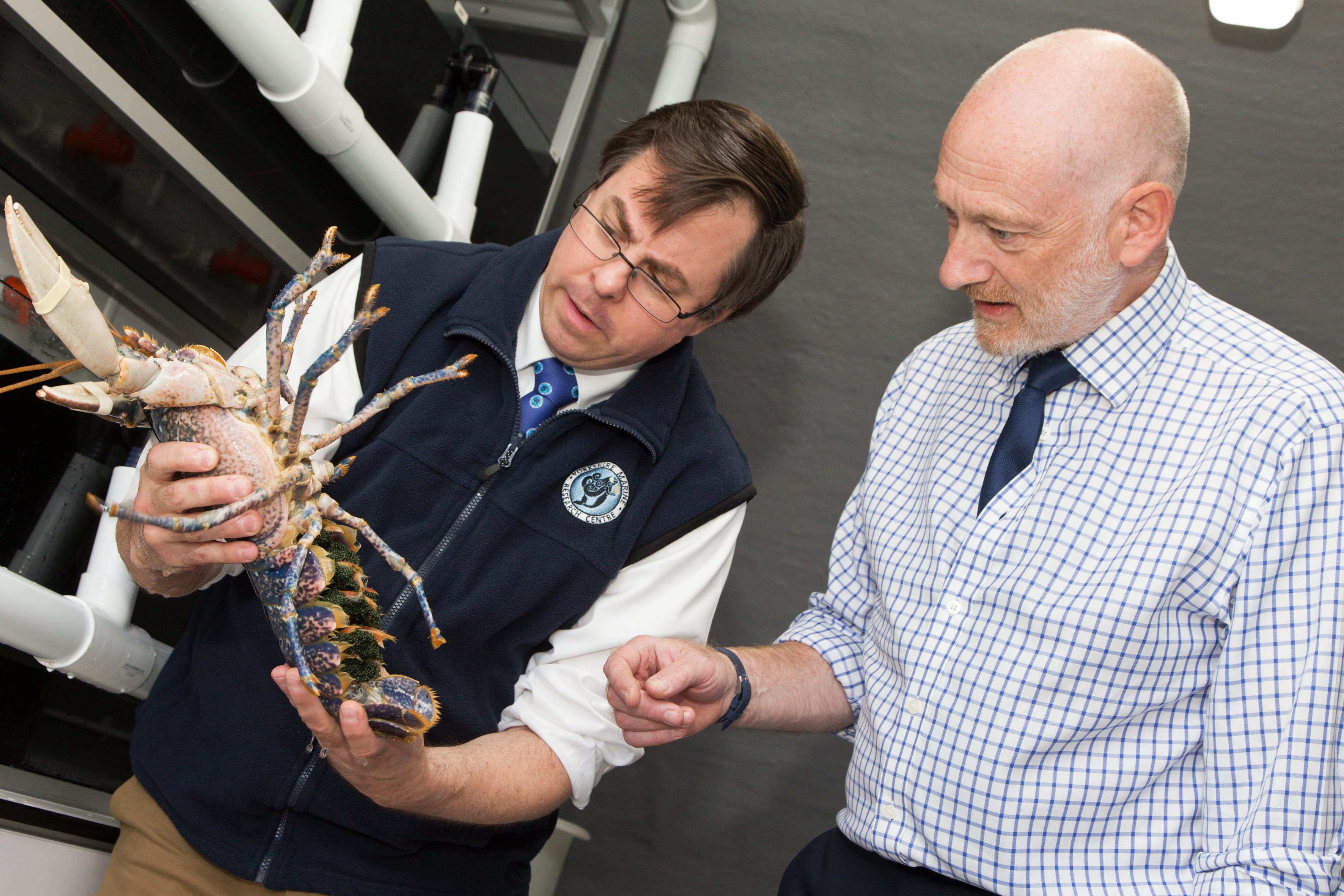 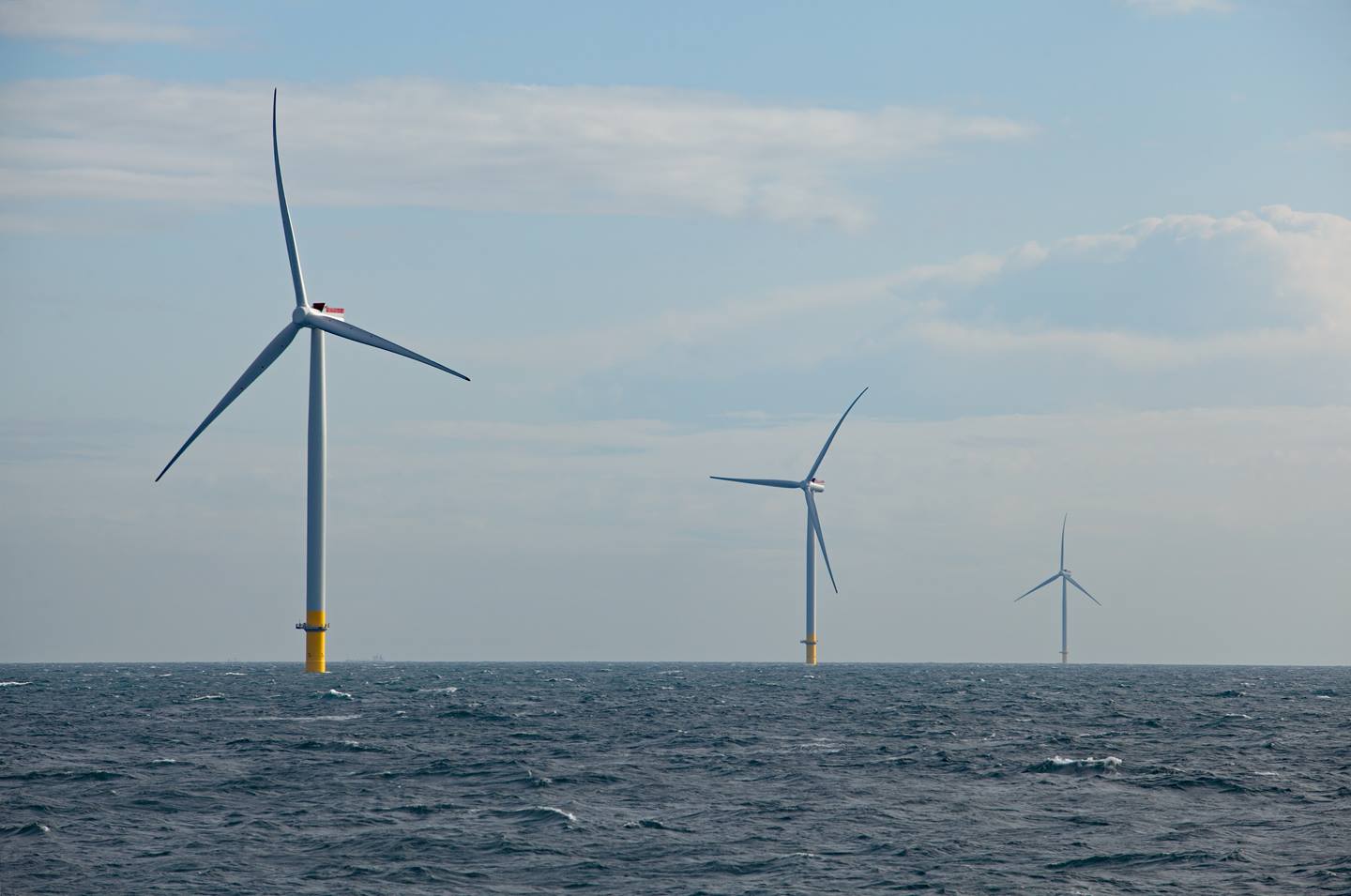 We’re focused on the smart growth of the U.S. offshore wind industry.

Building sustainable relationships with fishermen and other marine users is very important to us.
Learn more