As a bird bander,  just about everything Kim does involves a deep appreciation of the wind. Hear her perspective.
Jump to the film

You don’t live on an island for long without having a finetuned sense for the importance of the wind, and a respect for the wind. You ask a Block Islander about the weather and they tell you about the wind before anything else. ‘It was a dry north-easter. We had a little rain at the beginning, but it was a four-day northeast blow.’ It gives me strength, excites me. If the wind doesn’t blow, I start to get on edge.

We have a history of solving problems with the wind. There were no harbors on Block Island here when the first European settlers arrived in 1661. So the cod fisherman invented something called a Block Island Double-Ender, designed for places without a dock, but that also had the stability for fishing in ocean waters. And of course, we had windmills for making flour. Today we have the wind farm, harvesting the wind to turn into electricity.

The wind is also important for bird migration. As a bird bander, pretty much everything I do involves knowing where the wind’s coming from and how big or small it is. We get the biggest influx of migratory birds in the fall on a northwest wind, which pushes them offshore. I look for that wind all fall long. When it comes through, I know I’m going to have a good day bird banding.

I’ve done a lot of different things on Block Island, from driving the school bus to doing nature tours, sitting on boards and committees, and working with the town. But I’ve been a licensed bird-bander throughout that time. 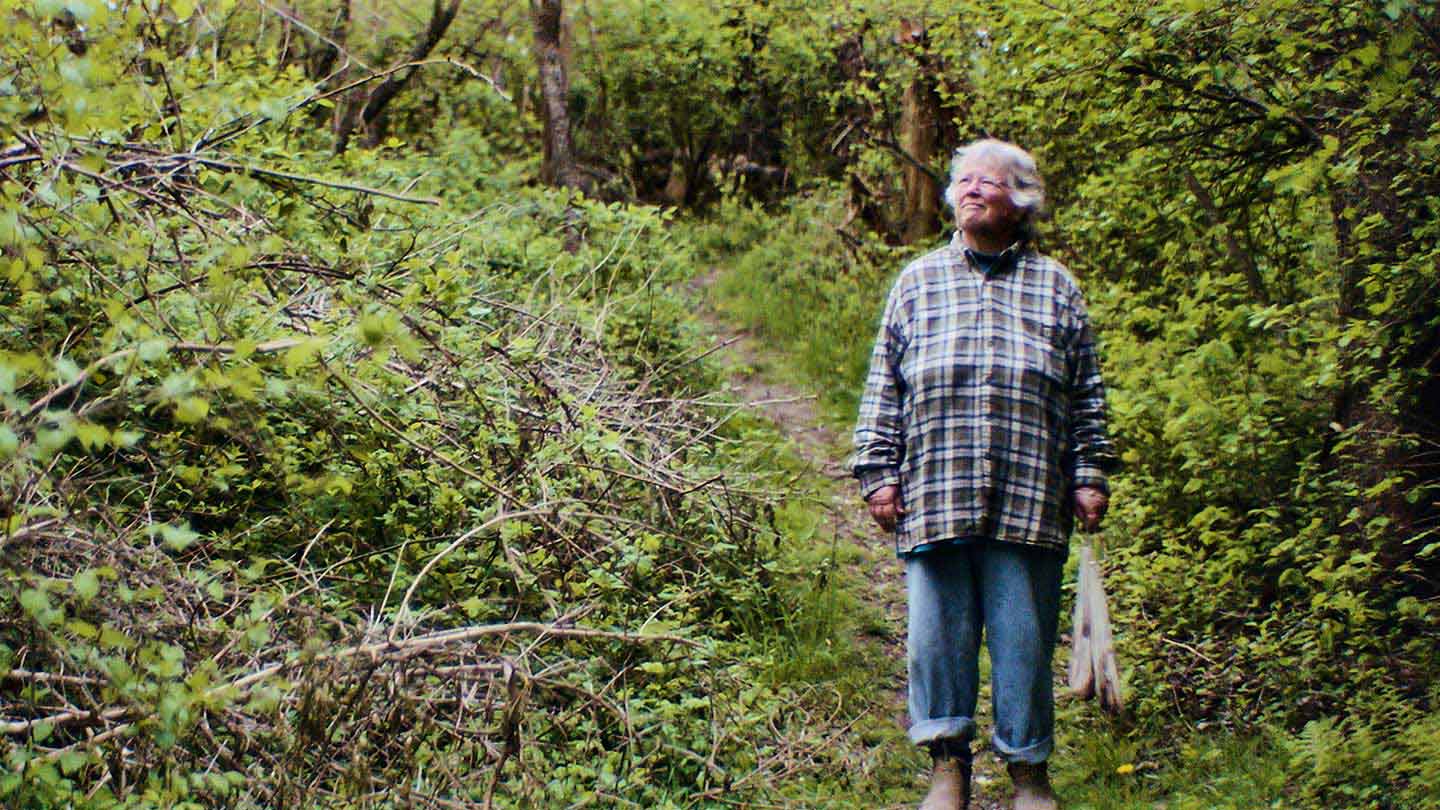 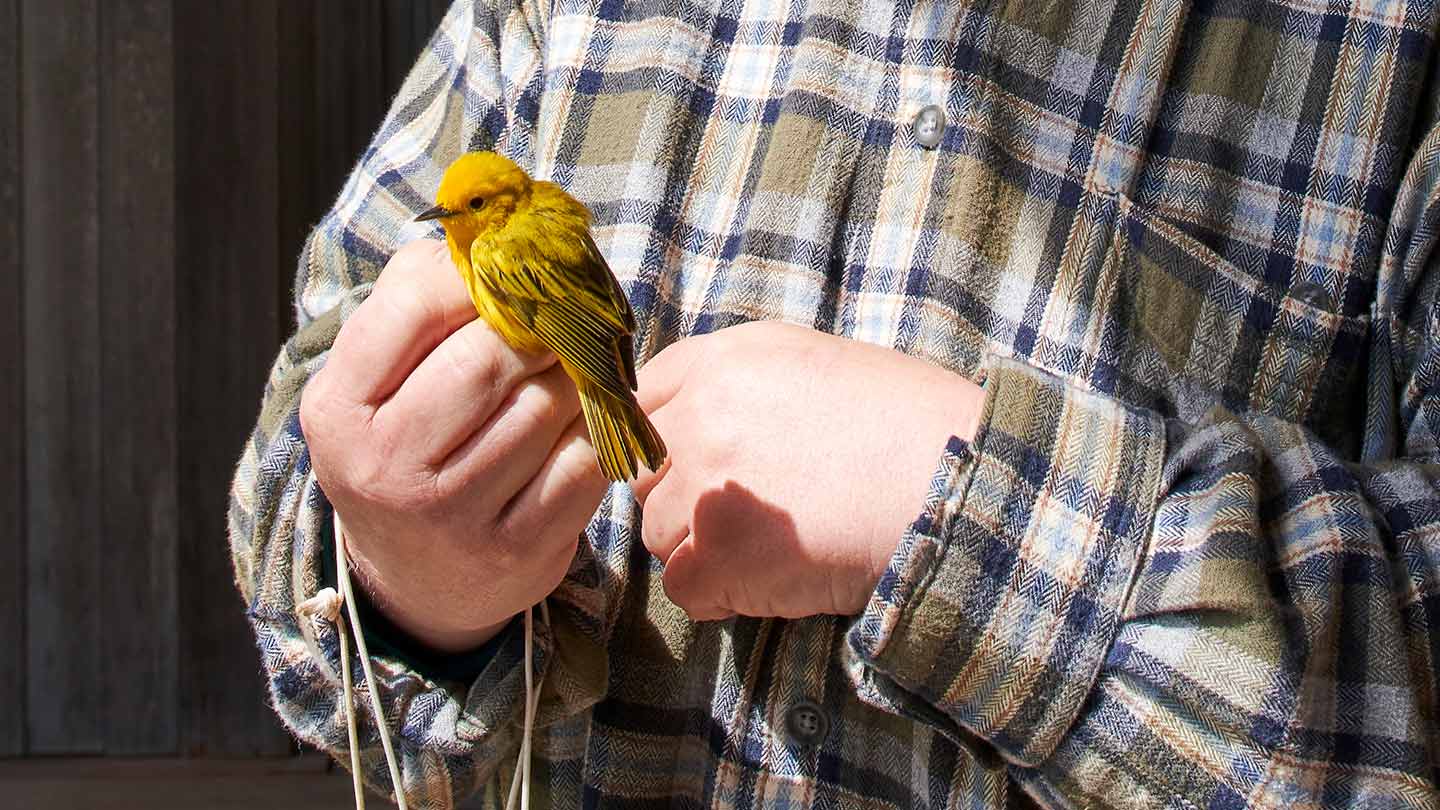 I was First Warden, which is head of our local government, from 2006-2014 – exactly the planning timeframe for the wind farm. There were a lot of meetings, hearings, discussions, both at the state legislature in Providence and on the island with year-round and seasonal residents.

It was an interesting time, and an important one. When you care about a place, you want to work for it. I was happy to be in that position. There will always be people who disagree with this or that, but I don’t think anybody had a problem with how the process was handled. What also made it a success was the local liaison between the company and the town, who we could go to and get answers to our questions. That person was Bryan Wilson, who has a very high level of integrity on the island.

One of the big concerns in the process was about how the wind farm would affect birds. But two important things to remember are, one, that songbirds migrate at a height much higher than the turbines. And two, that they want to be flying over land, not the ocean.

And then there are sea ducks that come here in winter. But they only fly about 40-60 feet above the water. That’s not even as high as the platforms the turbines sit on. In one survey, they put radio transmitters on raptors, falcons mostly. They see the peregrines go out and perch on the deck of the turbine – actually to catch and eat sea ducks. I know of no record of one of those birds being struck by a turbine. So a lot of work has been done to study the effect of the wind farm on birds. 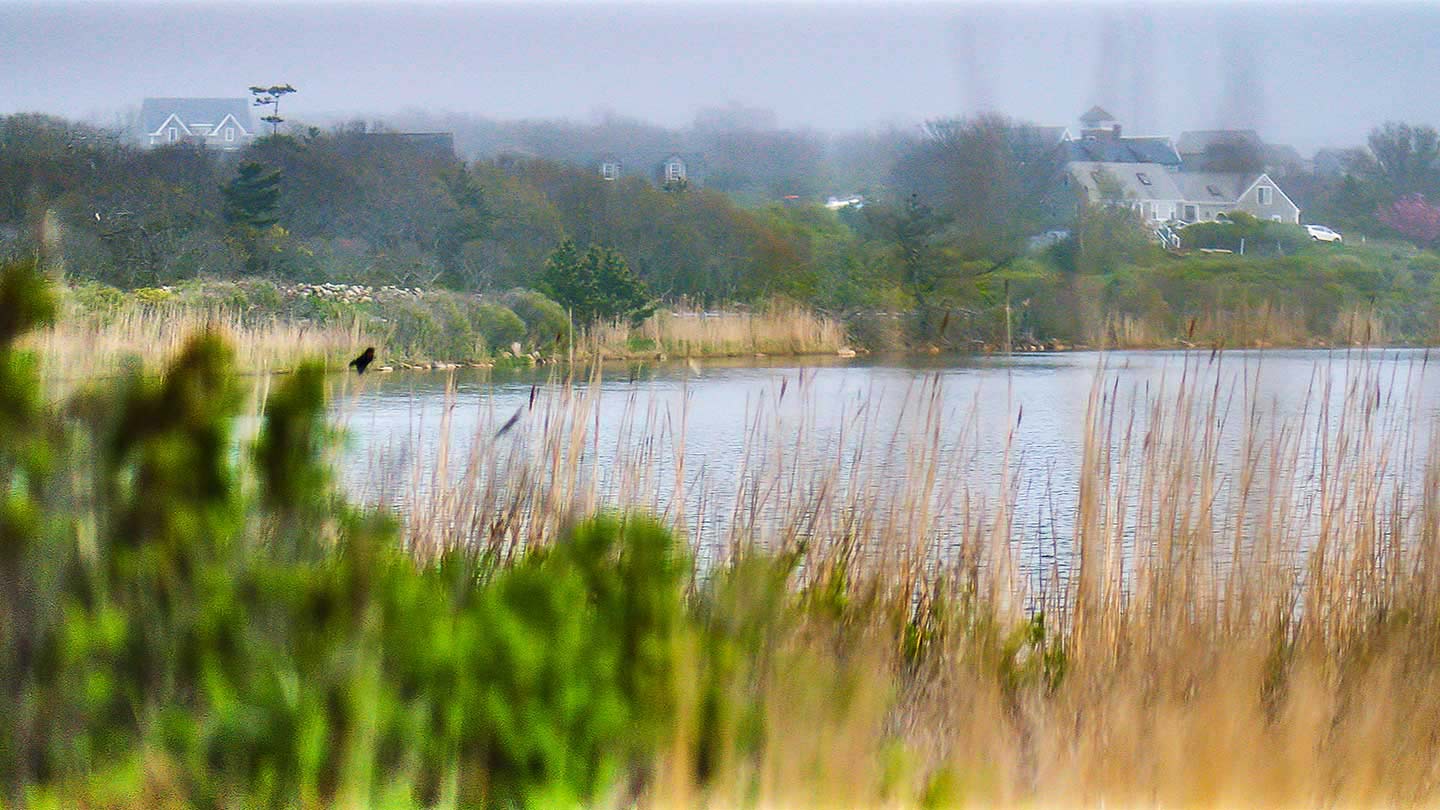 I have faith in the next generation when it comes to stewardship of the island. I hope they can go beyond renewables and think about things like electric vehicles. I’m hopeful. I’m on the sealevel rise committee with Bryan Wilson’s daughter, Amira, a high school student. I was just that kind of high school student. I went away to study, for seven years. But I was one of the ones who came back. I hope we can make Block Island somewhere that people choose to come back to, to choose to live here and make it the best it can be. 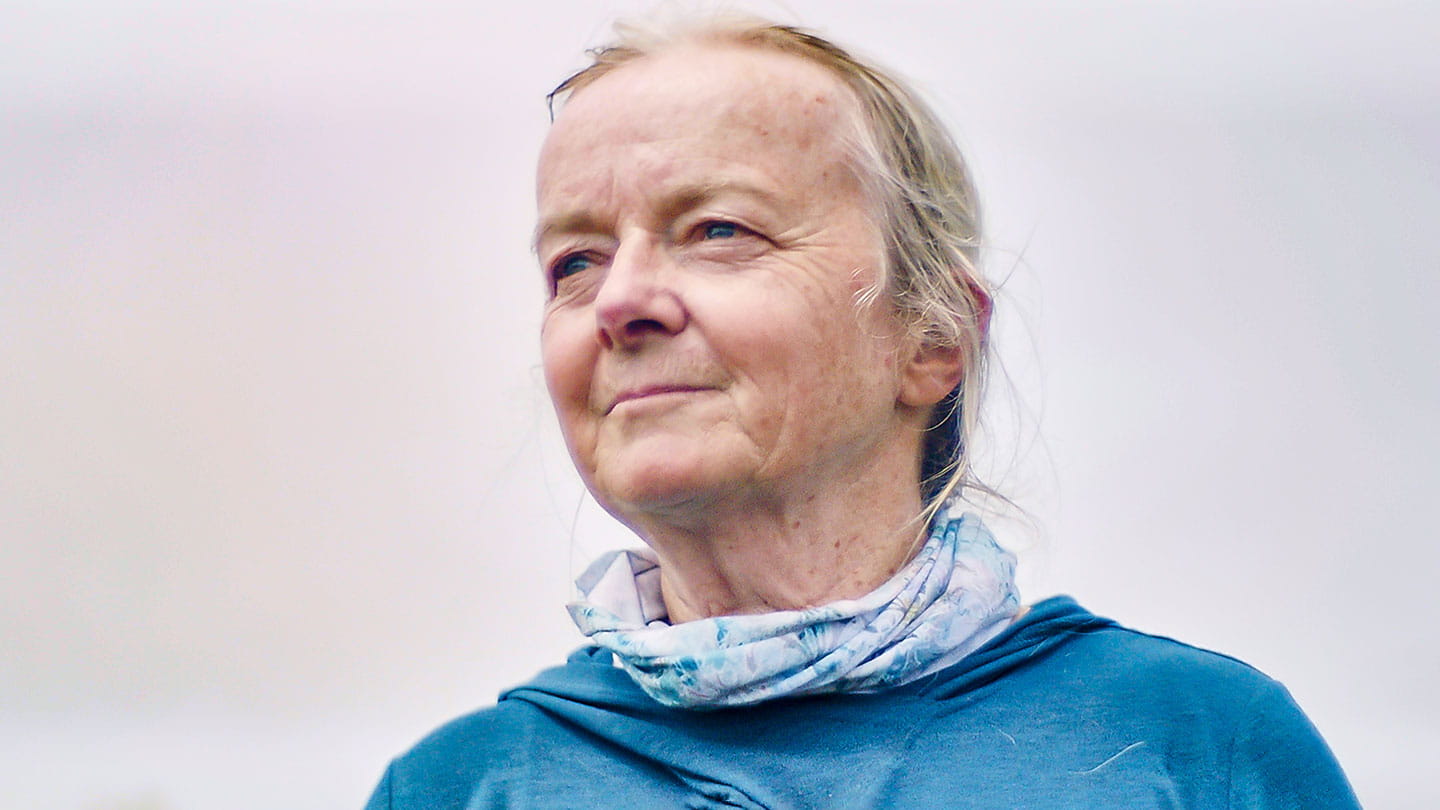 Block Island’s only science teacher is nurturing the next generation of environmental stewards.
Susan's story 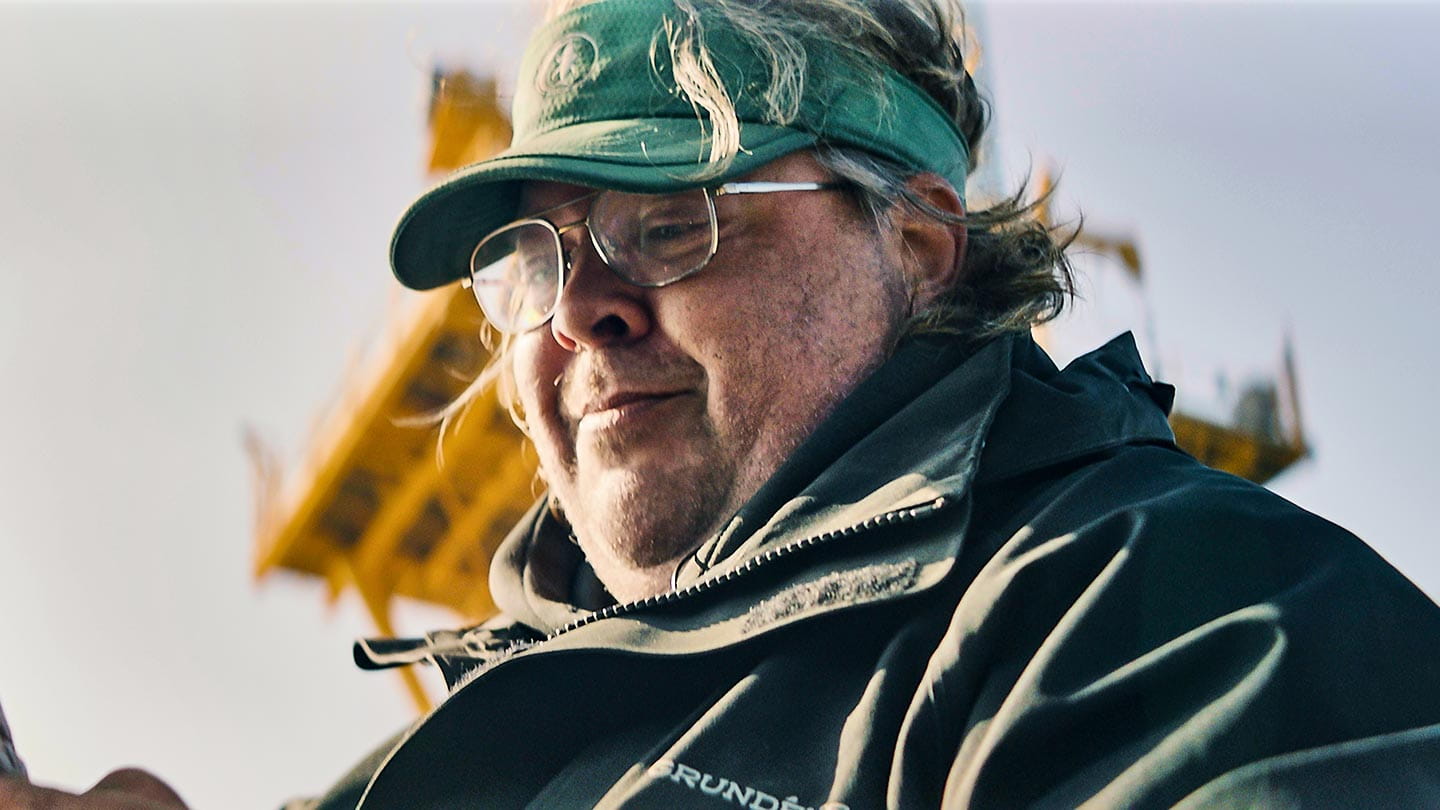 As a professional angler, one of the main reasons Hank likes Block Island Wind Farm has, in fact, little to do with energy.
Hank's story

Amira is one of Block Island’s youngest environmental activists, with a mission to protect the island she loves and calls home.
Amira's story 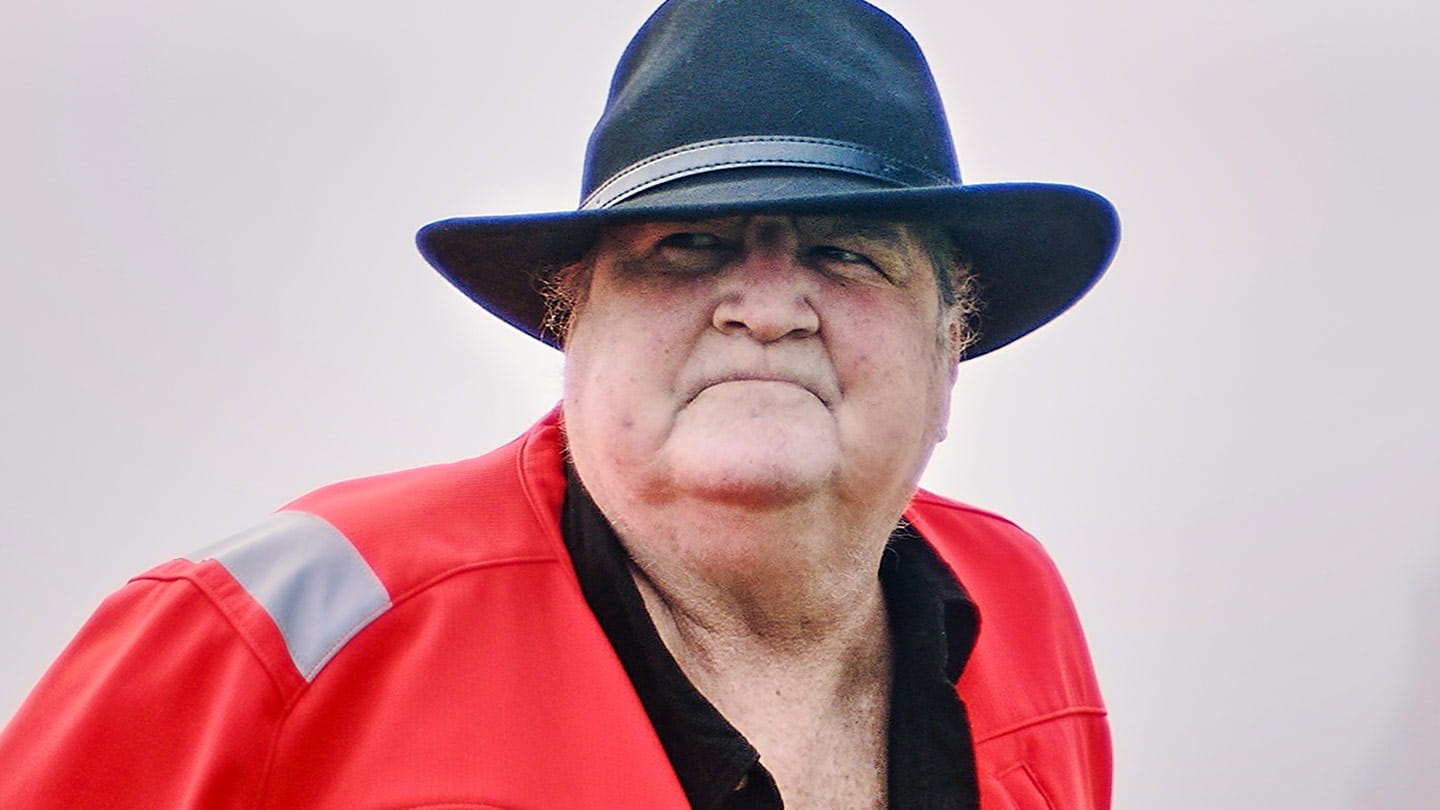 Bryan is busy building a community around wind energy. Find out how he’s bringing the Block Island Wind Farm to fruition.
Bryan's story 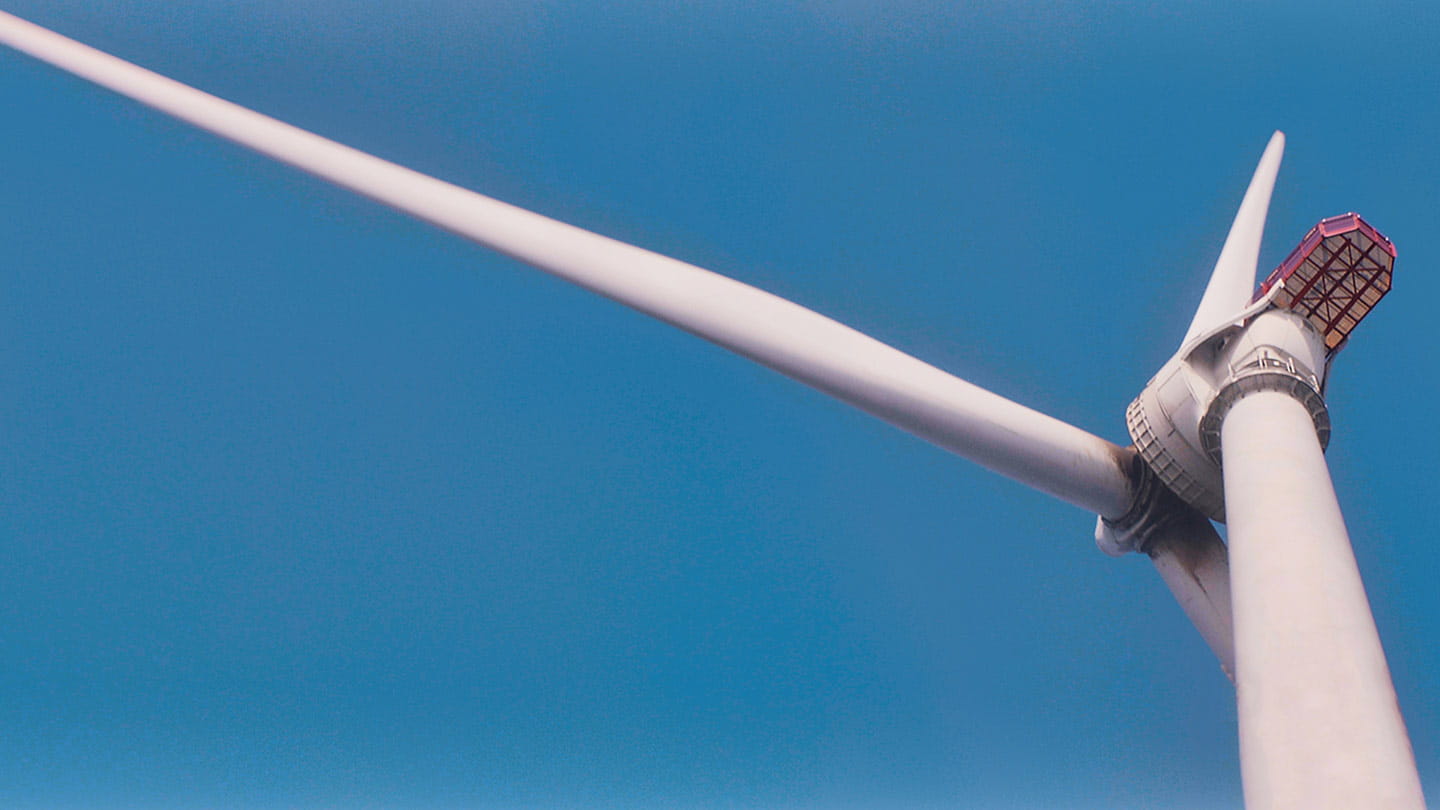 what is offshore wind power?

How we capture the power of the wind at sea to produce clean, reliable electricity